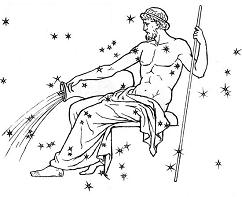 The Aquarius individual is unconventional, detached, intellectual, objective, individualistic, inventive, tolerant, unique, rebellious, sophisticated, future-oriented, friendship-oriented, humanitarian, cause-oriented, believes in groups and society, attractive and progressive. They can also sometimes be unpredictable, dogmatic, over-permissive, aloof, eccentric and elitist. Aquarius is the cardinal,earth, feminine sign. Aquarius is symbolized by the Water Bearer. The ruling planet of Aquarius is Uranus , the planet of restrictions and. The air form of Aquarius is a hard winter storm. The keyphrase for Aquarius is: "I Know". .

About The Pisces Personality

If you were born with the Sun in Aquarius, you are a visionary, and sometimes a but unorthodox. The Sun Sign of Aquarius is someone who refuses to follow the crows. They have the ability to envision a better future, and are sometimes considered the humanitarian sign of the zodiac. You are friendly by naturem and usually have many diverse types of people as friends.

Aquarians are intellectual and independant people. You are liberal and fixed in your opinions. This can cause aquarius to be a bit infelxible when dealing with other people, since your individuality and unconventional approach to life shows up when people least expect it. The Aquarian can be a bit obstinate and are willing to defend any idea, habit, or opinion you have, and any action that you take. Other people usually come into conflict which you becayse of this. But Aquarius Sun Signs sometimes ignore the fact that others may disagree with them. They are eager to follow their own path in an optomistic way. You take every opprortunity to avoid boredom. The world is an exciting place for you to explore and you love all the unique things there are to discover along the way.

Aquarians live mostly in their minds, so this makes them very intellectual people. You seek knowledge and experience. You have the ability to express yourself and see the world around you in a rational way and with an open mind. You have vision and the ability to be objectve without letting emotion get in the way of your thoughts. But once you take a stand or make a decision it may be difficult to change your mind about it. Sometimes Aquarians actually distrust emotions and often struggle with them which causes conflict on the inside. 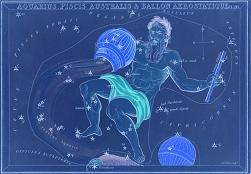 Aquarian is a people oriented sign. They are quite outgoing and attract a wide variety of friends. You relate well with people especially those with personalities as unique as your own. You can mix and mingle with all different kinds of people from all different walks of life, but you never lose sight of your own individuality. Your not one to get lost in the crowd. You often consider yourself a student of human behaviour and a strong tolerance for the weaknesses of others. You understand that emotional weakness is just human nature.

Aquarians are concerned with the welfare of the world, but no so much that they get too deeply involved in intimate relationships. There is also a distant and aloofness to your personality. You will sacrifice a close relationship if you feel your freedom is being stifled. If you feel trapped in a situation you will try to break free at any cost. You are also an idealist and have a lot of ambition. You want to do something meaningful in life and you want to make a difference. Many aquarians get involved in social causes or enter into the world of politics in order to change the world.

This is the sign of hopes and dreams, and secret wishes. You want other people to be happy. You want to improve things around you. You like coming up with the ideas but sometimes dislike the actual work that may be involved in creating the change. YOu are creative, imaginative and always willing to experiment with new things becayse you don't like montotony and routine. Sometimes Aquarians have a tendency to become a little self absorbed and consider themselves an expert on any topic.

Aquarians just want to be themselves. Sometimes they contradict themselves just for the sake of being different. You have the ability to overlook the flaws of others, so you feel that everyone should overlook yours. Sometimes you can be argumentive not based on deep feelings but just for the sake of intellectual debate. You might even verbally provoke others you find dull just to liven things up a bit.

Overall an Aquarius is quite eccentric but they are also very kind people. Easy-going, reasonable, and slow to take offense. Live and Let Live is your motto. You are honest, helpfl, altruistic and strive to be anything but boring. There is hope for the next generation as we move into the idealistic, compassionate, and humanitarian Age of Aquarius.

Symbol and Glyph - The Symbolic representation for Aquarius is the Water Bearer:

The Aquarius glyph symbol is -

It is a representation of water ripple and electrically-charged water; also, bolts of lightning.

Ruling Planet- In Astrology, Aquarius is ruled by the planet Uranus. Astrologically Uranus is associated with the principles of genius, individuality, new and unconventional ideas, discoveries, electricity, inventions, and the beginnings of the industrial revolution. Uranus governs societies, clubs and any group dedicated to humanitarian or progressive ideals. Uranus, the planet of sudden and unexpected changes, rules freedom and originality. In society it rules radical ideas and people, as well as revolutionary events that upset established structures. The influence of Jupiter over Aquariusencourages eccentricity, humanitarian ideals, and innovation. In Greek mythology Uranus is the personification of the heavens and the night sky.

Anatomy - In Medical Astrology, Aquarius represents the Circulatory system, ankles, Achilles heal, calves, shins, breath, eyesight . Sagittarians need lots of excerisize and fresh air in order to stay healthy. There can be issues with drugs and alchohol and problems with the liver.

Element/Triplicity - Aquarius is an Air sign. Air signs are active, energetic, and enthusiastic. The other 2 fire signs of the zodiac are Aries and Leo.

Quality/Quadruplicity - Aquarius is a Fixed sign. Fixedsigns are flexible, versatile and adaptable. They are able to adjust to different circumstances very easily.The three other fixed signs are Taurus, Leo and Scorpio.

Color - Sky blue, Electric blue, Flourescent Hues (associated with the colors of the skies and eccentricity).

*Under the Tropical Zodiac, Aquarius occupied by the Sun from January 21 to February 19. Under the Sidereal zodiac, it is currently from February 13 to March 14. and is associated with the constellation of the same name.